Medieval Pageantry and Spectacle Lives On

When Cecil Calvert, the second Lord Baltimore, founded Maryland’s first colony in 1634, he brought the sport of jousting with him to Southern Maryland. And so it is fitting that the man who, three centuries later, introduced a bill to establish Jousting as the Official State Sport of Maryland, hailed from Southern Maryland as well.

Jousting began in the 11th century as a war exercise designed to hone the battle skills of knights on horseback; riders on fast-moving horses attempted to spear small rings dangling from arches. With the invention of gunpowder, war craft changed, and jousting transitioned into a spectator sport emphasizing horsemanship and skill, with tournaments and competitions available to many, not just members of high society.

Jousting gained popularity in post-civil war Maryland. Modern day ring jousting requires riders to pass through a series of arches, attempting to spear three dangling rings. There are three regulation rides for three rings, allowing a knight or maid to capture nine rings for a perfect score. Rings range in size from one and three quarter inches to one inch. Tie-off rides can be conducted with rings as small as one quarter inch in diameter.

In 1962, the Honorable Henry J. Fowler Sr., a delegate from St. Mary’s County (home of Maryland’s first colony), introduced a bill into the Maryland House of delegates proposing jousting as the official state sport. The bill passed both chambers by an overwhelming vote and was signed into law by Governor J. Millard Tawes on June 1, 1962. Maryland became the first state to adopt an official state sport. Now, over 50 years later, the sport here in Maryland continues to be popular with local jousters competing within the Free State and nationally. 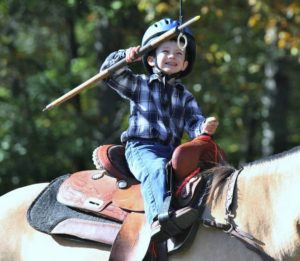 The Southern Maryland area has a rich history of jousting including Dr. Thomas B. Turner, Former Dean of The Johns Hopkins University School. Other notables include the Honorable Henry J. Fowler Sr. and his children Henry J. Fowler Jr., Susannah Fowler, and Eleanor F. Slater. The Fowler family has kept the tradition of jousting flourishing at the St. Mary’s County Fair.