Along the Early Stagecoach Route

Undoubtedly the most remarkable feature of this restored mid-19th-century house and tavern is the fate of its owner, Mary Surratt, who was the first woman executed by the United States federal government for her supposed role in the assassination of President Lincoln. That dramatic story was the impetus for preserving this unique property, built in 1852, which today gives visitors a glimpse of Maryland life in the mid-1800s.

That early road past the Surratt house was the first direct land route out of the nation’s capital into the lower and richer counties of Maryland. By 1854, the U.S. Post Office Department had established a post office at the Surratt Tavern, with owner John H. Surratt appointed the first postmaster. He received the mail via stagecoach, which ran from Washington to Leonardtown. The stage would leave the city three times a week – Monday, Wednesday and Friday – at 7 a.m. 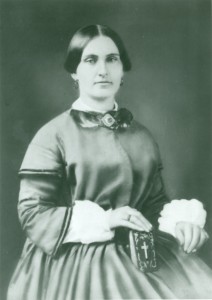 Deliveries were made at Surratts, Beantown, Bryantown, Charlotte Hall, Chaptico, St. Clement’s Bay, and Leonardtown by 10 p.m. the same day. Across the road, the Surratts offered livery and blacksmith services to travelers.

In April 1865, the Surratt home became the focus of one of the largest manhunts in American history as federal authorities searched for John Wilkes Booth, the actor who assassinated President Lincoln. Southern Maryland was well-known for its support of the Confederacy during the Civil War, and the people were accustomed to cavalry patrols raiding their storehouses and stealing their horses. When Booth killed President Lincoln, it was logical that he would flee into the southern counties for assistance. The road that he used is still in existence – Old Branch Avenue as it leaves Washington City and Brandywine Road from Clinton and farther south.

The Surratts had a son in the Confederate Army and another who served as a Confederate courier between Richmond and Montreal, and the family used their home as a safe house for Confederate agents who were sneaking through Union-held Southern Maryland. That son was recruited into Booth’s original plot to kidnap Lincoln. When that plan failed in March of 1865, weapons and other supplies were hidden in the Surratt home. This would be the first planned stop on Booth’s escape out of Washington on the night of April 1865.

The Surratt House was listed on the National Register of Historic Places in 1973. The house was restored by the Maryland-National Capital Park and Planning Commission in 1975.  Today, the Surratt House Museum is run by the Surratt Society and is devoted to mid-19th-century Maryland life and the assassination of Abraham Lincoln. Some of the furniture and art in the house are originals owned by Mary Surratt. The James O. Hall Research Center is located here today. A modern private home next to the Surratt House serves as a gift shop, research center and offices. Guided tours with costumed docents help visitors explore the full history of this site. See the website for hours, events and more.