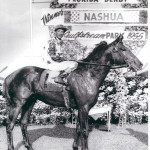 Belair Stud and Stable was the preeminent United States racing and breeding operation during the 1930s, 1940s and 1950s, producing some of the greatest Thoroughbred racehorses in the United States. 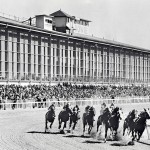 “When It Snows, Bowie Goes!”

Only ghosts and stories remain of this one-mile oval racetrack, once a pioneer of winter racing. The racehorses arrived via a rare covered horse bridge over traffic; the bridge is all that can be seen today. 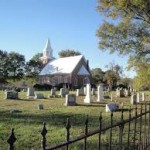 Church Used as a Stable During the War of 1812

The village of Chaptico was a major stop on the stage coach route in the 1700s. During the War of 1812, the British Fleet ravaged the village and stabled its horses in the historic church. 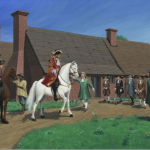 Horses Arrive in the New World

Historic St. Mary’s City is the site of the founding of the Colony of Maryland, and the place where the first horse brought from England to Maryland set foot in the new land. 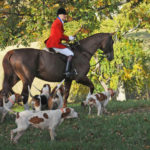 Horses and Hounds (The Hunt)

A tradition steeped in history, this sport was brought to St. Mary’s County in 1650 by one of Maryland’s first governors, and still retains its elegant charm today. 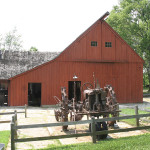 JPPM has more than 65 identified archaeological sites, including the Smith’s St. Leonard Plantation Site (occupied c. 1711-1754) and rare remains of one of Maryland’s earliest stables. 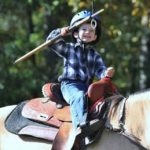 Maryland’s state sport got its start in Southern Maryland, and spectators are welcome today at tournaments around the region hosted by the Maryland Jousting Tournament Association. 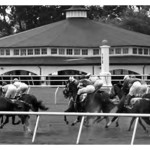 Laurel Park has been home to Thoroughbred racing since the early 1900s; the Maryland Million, designed to promote the Thoroughbred breeding industry, debuted here in 1986. 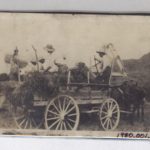 A Most Convenient Place for Horses and Humans

This town, site of the first county seat, had a lively horse history which once included its own in-town race track, an assortment of Thoroughbred farms and an annual Stud-Horse Tuesday tradition. 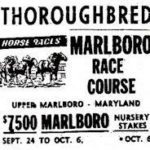 Once a Throughbred race course rocked by political scandal, this site is now home to the Prince George’s Equestrian Center, a major hub of equine-related events, training and activities in the Mid-Atlantic region. 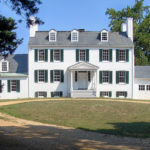 Mount Aventine Manor was home for a time to Countess Margit Sigray Bessenyey, who crossbred Hungarian horses to create the foundation for the Hungarian Warmblood Association here in the United States. 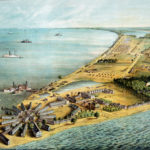 The Cavalry and Mounted Messengers

Horses played a key role in this area’s rich military history. Several cavalry regiments were based here during the Civil War, and it was connected to Washington by a mounted messenger relay system during the War of 1812. 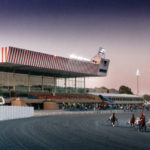 Founded by one of harness racing’s most noted figures, Rosecroft was the political and social center of Prince George’s County in the 1950s and continues to draw racing fans today to watch and wager. 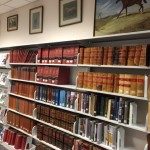 Housed in the Bowie Library, the Selima Room’s collection of books, periodicals and clippings documenting the Thoroughbred industry is one of the few publicly available collections in the country. 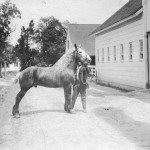 Horses Pulled Their Weight on This Colonial Plantation

Sotterley’s restored early 18th-century mansion, outbuildings and artifacts offer visitors a rare insight to the lives of horses and humans on a Colonial tidewater plantation. 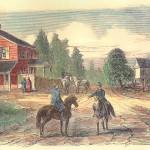 Along the Early Stagecoach Route

This historic house and tavern date back to the 1850s; the grounds included an early carriage house and stable. A post office inside the tavern was served by a Southern Maryland stagecoach route.